Home » About Our Firm

He can help you with your car accident claim 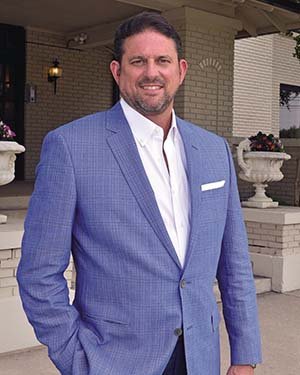 Coby Lee Wooten was born in Fort Worth, Texas in April 1967.  He graduated from Southwest Texas State University (now Texas State University) in December 1990 with a Bachelor of Arts degree in Political Science.  He received his Juris Doctorate from Texas Wesleyan University School of Law (now Texas A&M University School of Law) in June 1996. He received the Order of Barristers honor while attending his third year. Coby was admitted to the State Bar of Texas on November 1, 1996 and immediately opened his own law firm. Initially working out of his home and concentrating on criminal law, attorney Wooten now concentrates on personal injury litigation.

In addition, Coby has taken the Pro Bono Pledge, a program of the State Bar of Texas that encourages attorneys to strive toward a goal of performing at least 50 hours of free legal services to the poor each year. Coby is proud to take care of legal matters on behalf of Texans in need on a pro bono basis.

Coby is married and has one daughter.

Coby L. Wooten was recognized by his peers when he was voted a “Top Attorney in Fort Worth” from 2008-2010 and 2012-2018 in the field of plaintiff’s personal injury. The list is published in Fort Worth, Texas Magazine.

Attorney Wooten was also featured in the July 2017 issue of 360 West Magazine in an article titled, “Attorneys Worth Knowing.” Read the full interview here. He was featured again in 2018.

He was named a 2014 and 2015 Litigator Award Winner by the Trial Lawyers Board of Regents LLC, given to fewer than 1 percent of all attorneys and based on actual verdicts and settlements.

In 2015, he received an Avvo Clients’ Choice Award on the basis of his commitment and dedication to clients.

Attorney Wooten has litigated cases all over the State of Texas and the United States.  He recently successfully settled a motor vehicle accident resulting in serious injuries in the Republic of the Philippines. Coby's peers continue to recognize his superior leadership and vision. Coby was elected to serve as the 2014 President of the Tarrant County Trial Lawyers Association. The  firm has been accredited by the Better Business Bureau.

Contact Coby L. Wooten, Attorney at Law, P.C. today to schedule a free initial consultation about your civil litigation matter. You deserve quality representation and Coby L. Wooten is ready to stand up for your rights. Call (866) 408-0940 and schedule an appointment today.

“I believe every person deserves representation and I intend to provide that where I can.”

Attorney Mattilyn Smith is a 2014 graduate of the University of Texas and earned her Juris Doctor from Texas A&M in 2017. After becoming a licensed attorney in Texas in 2017, she took her first case to a jury trial in 2018 and landed a $3.8 million verdict.

Attorney Smith focuses her practice on personal injury and wrongful death litigation, representing people injured in car accidents, truck accidents, slip and falls, and other incidents caused by negligence. She has tried three cases to a jury verdict and settled numerous others. In 2021, she was recognized as a Rising Star by Super Lawyers, a rating service that honors attorneys through a process based on peer nominations, peer evaluations and independent research, for her work in plaintiff’s personal injury law.

Attorney Smith is on the Board of Directors of the Tarrant County Trial Lawyers Association and regularly connects with the community to offer legal services for people who have been injured.

Attorney Smith takes pride in standing up for people who are often marginalized by the justice system and regularly takes on cases that many other attorneys would turn down. She is dedicated to giving back to her community.