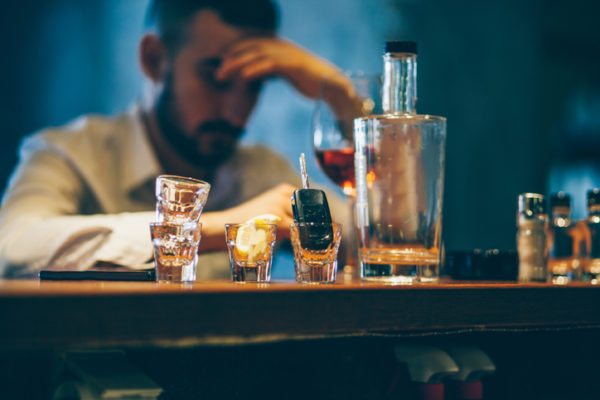 It's obvious that driving under the influence is one of the most dangerous things someone can do behind the wheel. But it's not always just the drunk driver who is at fault; sometimes, responsibility also falls on the bar, restaurant, or another establishment that served them alcohol.

That subject has been in the news here in Tarrant County after a drunk driving crash killed a Euless police detective last year and injured his wife and two children. As WFAA reported, the Texas Alcoholic Beverage Commission (TABC) launched an investigation into Fuzzy's Taco Shop to see whether the drunk driver was overserved or the person who served the alcohol was licensed.

In scenarios like this, Texas law sometimes allows victims and their families to pursue compensation from the bar or restaurant in addition to the drunk driver.

A dram shop liability claim is a legal term for a civil claim against an establishment that served alcohol to a drunk driver who caused an injury. Dram shop laws vary significantly from state to state.

In Texas, the dram shop statute allows businesses that provide alcohol to be held liable in civil court if they served alcohol to someone who was "obviously intoxicated to the extent that he presented a clear danger to himself and others," and that intoxication was the proximate cause of someone else's injury (for instance, because the intoxicated person drove drunk and caused a crash).

Note that this part of the dram shop law applies only to licensed businesses such as bars and restaurants, not social hosts. However, a social host or a business can be held liable if they provide alcohol to minors under age 18.

Pursuing a dram shop liability claim can significantly affect the injured person's compensation because a business often has more insurance available than a private motorist. Dram shop claims are also important from a broader public safety perspective because they hold businesses that put Texans at risk accountable for the damage they cause.

However, these are complex, hotly contested cases that require a thorough investigation. For example, proving that a drunk driver was "obviously intoxicated" may require interviewing numerous witnesses, securing security camera footage, and poring over receipts and purchase histories to determine exactly when the driver was intoxicated and when more alcohol was served.

An experienced attorney can pursue full compensation for your drunk driving accident.

If a drunk driver hits you, it's easy to assume you don't need an attorney because the police and state agencies are investigating. The reality is that law enforcement's job is to deal with the offenders, not to advocate for the victims. That's our job. We will thoroughly investigate and build your case for the full compensation you deserve while you focus on healing.

It's important to act fast, however. While Texas law gives you up to two years to file a lawsuit in most cases, some of the key evidence in a dram shop case can disappear long before that. The sooner you get legal advice, the better. Contact Coby L. Wooten, Attorney at Law, PC, today for a free consultation.