Home » Blog » Where Fort Worth Collisions Are Most Likely to Occur

Where Fort Worth Collisions Are Most Likely to Occur

In Burleson, a suburb of Fort Worth, a head-on collision left several motorists seriously injured recently. Two children involved in the collision were placed on "trauma alert." Three adults were also described as being in serious or critical condition. 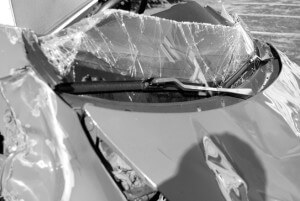 DFW CBS Local reports the accident happened near Interstate 35W, on the 7100 block of Farm to Market Road 917. In this particular case, a secondary crash was the precipitating cause of the head-on accident, according to early police reports.

When an auto accident happens, a car can be pushed into opposing traffic and cause a head-on accident. Drivers trying to get around cars impaired due to a prior accident could also end up causing head-on collisions.

Head-on crashes, however, do not always occur as part of an accident chain. In fact, head-on crashes happen often involving only two cars striking directly. In 2014 alone, head-on crashes caused 581 fatalities statewide, as reported by the Texas Department of Transportation. Knowing where these accidents happen is important to motorists.

Where Fort Worth Head-On Collisions Are Most Likely to Occur

On an undivided two lane rural road, drivers are in very close proximity to each other with nothing between them but a painted yellow line. All it takes is for one of the drivers to doze off, to swerve due to intoxication, to go around a curve too fast, or to make any other mistake which sends his vehicle into the path of an oncoming car.

While some erroneously believe rural two lane divided rural roads are especially common because of drivers passing, the reality is only 4.2 percent of deadly wrong-way accidents involve a vehicle either passing or overtaking.

The vast majority of these crash types -- 68 percent total---  happen when both cars are going straight, but in opposing directions. This could suggest it is driver error or negligence which causes a motorist to come into an opposing lane, which could in turn cause a head-on crash. Drivers need to be aware there is a significant danger on rural two-lane roads and should exercise best practices for safety.

Rural roads are not the only dangerous places for motorists concerned about head-on crash risks either. There is also a very real danger of drivers getting onto the highway going in the wrong direction. Confusion associated with road entrances is often the reason for this, and Federal Highway Administration warns these types of accidents are especially likely to occur if there is a highway on ramp and highway off ramp located parallel and directly next to each other.

On both rural roads and highways, alcohol use is a significant factor in causing head-on collisions.  National Transportation Safety Board warns 60 percent of accidents in which a driver is going the wrong-way involve the driver being over the legal alcohol limit. Staying sober is essential to avoiding a head-on crash.