Trucker Fatigue a Top Issue in Preventing Fort Worth Crashes

Truck driver fatigue has been in the headlines thanks to a recent motor vehicle collision that nearly killed famous comedian Tracy Morgan. It did kill one of his colleagues.

According to the Hill, this crash was allegedly caused by a fatigued truck driver who had been on the road for too long without rest. The accident involving the comedian may have helped to shape the results of a new survey in which the majority of the public did not want the rules relaxed regarding the number of hours truckers can drive over the course of the week. 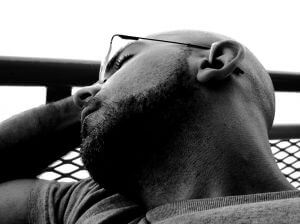 A truck accident lawyer knows when a driver is fatigued, he can be just as dangerous as someone who is drunk. Alcohol and being over-tired can both result in poor decision making, impaired judgment, delayed reflexes and a driver nodding off behind the wheel. The Federal Motor Carrier Safety Administration has set strict rules on the number of hours truckers can operate a vehicle over the course of the day and over the course of a week in order to make sure tired truckers are not a threat to the public. However, some lawmakers are trying to roll back recent changes to these rules to allow truckers to spend more time driving over the course of the week.

Tired Truckers Can be a Big Risk on the Roads

The Hill reports an amendment to the Senate appropriations bill has been introduced that would expand the hours a trucker can drive. The current FMCSA limit says that a trucker can operate his vehicle for only a period of 70 hours over the week before being required to take an extended rest period. The amendment would allow the trucker to drive for a period of 82 hours.

Not all lawmakers are in agreement, and two other senators have introduced a competing amendment to keep the limit at the current 70 hours per week.

Safety advocates are also against increasing the permissible weekly hours because they are concerned  a truck will turn into a "sweatshop on wheels." They fear truckers will face immense pressure from their employers to keep driving when it is not safe to do so.

The public also does not seem to be on board with relaxing the limits. According to a survey conducted by the Advocates for Highway and Auto Safety and the Truck Safety Coalition, 80 percent of respondents were worried  tired truckers would be dangerous on the roads and thought that the limits should be kept as they are.

There is plenty of reason for motorists to be worried that tired truckers could endanger them. According to the Federal Motor Carrier Safety Administration, around 750 deaths and 200,000 injuries annually in the United States are caused by truck driver fatigue.

Drivers of commercial trucks have an important responsibility to the public to make safe choices. It is very important that truck drivers do not get behind the wheel unless they are confident of their ability to stay awake and drive to the best of their abilities.

If you or a loved one has been injured contact Coby L. Wooten, Attorney at Law, P.C. at (866) 408-0940 or visit https://www.cobywootenlaw.com. Serving Dallas, Arlington, Fort Worth, TX and surrounding areas.