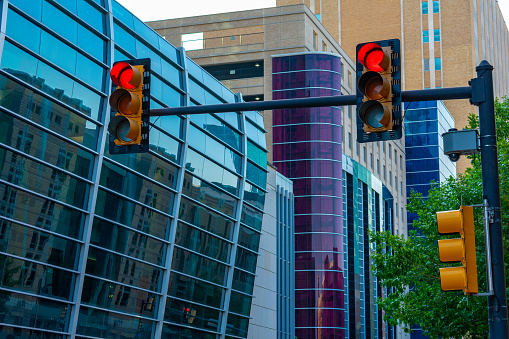 Drivers who run red lights and cause car accidents can be found on roads anywhere in the country. Each year, motorists fail to stop for red traffic signals at intersections and crash into other vehicles, often causing severe injury or death. But when it comes to these types of crashes, Texas is right near the top of the list, coming in at 2nd for the most red-light running accidents in the United States. Unfortunately, the problem’s only getting worse in the Lone Star State.

“It's a big problem here in Texas,” Daniel Armbruster with AAA Texas said in an interview with CBS News Austin. Armbruster was discussing the agency’s findings in 2019, when Texas hit a 10-year high for the number of red-light running fatalities – 101 deaths.

Drivers who run red lights cause thousands of intersection accidents every year. Nationwide, these drivers caused 846 fatalities and an estimated 143,000 injuries in 2019, according to statistics compiled by the Insurance Institute for Highway Safety (IIHS). That’s one injury every three minutes and 40 seconds.

In addition, more than half of the red-light running fatalities involved bicyclists, pedestrians and drivers or passengers in other vehicles struck by drivers who ran a red light, according to the IIHS study.

The IIHS study of accidents involving red-light runners found several patterns among drivers. Many who run red lights are “more likely” to be male, younger, not have a valid driver’s license, and have been previously involved in an accident or convicted of drunk driving.

Other common reasons why drivers don't stop for red lights include:

Contact a car accident attorney in Fort Worth today

Because accident-related expenses can quickly add up to thousands of dollars or significantly more, insurance companies often do everything they can to reduce or deny claims rather than pay injury victims the money they are entitled to under the law.

When you have an experienced law firm on your side, your attorney can demand the compensation you deserve.

In Texas, accident victims can turn to Attorney Coby L. Wooten in Fort Worth to fight for their rights. Our law firm has years of experience successfully handling complicated claims, and we would be honored to talk to you about your potential legal case.

Learn more about how we can help you and contact us today to schedule a free case evaluation with an experienced Fort Worth car accident lawyer.