Children are at the greatest risk of drowning deaths in Texas. Across the United States in 2015, 152 children 15 and under have already died in drowning incidents. A total of 86 of the deaths occurred since Memorial Day Weekend. From 2010 to 2012, an average of 400 kids died annually, with 75 percent of the victims of fatal drownings children five and under. African American children between the ages of five and 19 are among the demographic groups most likely to die in drowning incidents, along with children three and under. 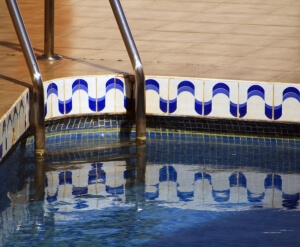 Drowning can happen because swimming pools are left unsecured despite Texas Health and Safety Chapter 757: Pool Yard Enclosures requiring a perimeter around swimming pools. Drownings may occur in public and private pools, and in spas as well as swimming pools. Some drownings happen when kids go into pools unsupervised while others happen because of problems with swimming pools leading to entrapment or because parents are unaware of what drowning looks like. The Chairman of the U.S. Consumer Product Safety Commission has warned drownings do not look like they do on television, but instead can occur instantly and are virtually silent.

How to Protect Children from Drowning

Property owners have an obligation to protect children from getting into pools unattended. CPSC recommends the entire perimeter of a swimming pool be secured by a fence at least four-feet high with a self-closing door and locking latch to ensure there is no risk to children. Even when a yard with a pool is fenced in, parents should consider a special perimeter fence so kids playing in the yard do not get into the pool. If a property owner does not secure the pool, they can be held liable for a child's drowning. CPSC also suggests people with spas have and use lockable spa covers.

Pool owners, including both public and private pool owners, also must ensure pool conditions do not lead to drowning. The Virginia Graeme Baker Pool & Spa Safety Act (P&SS Act) went into effect in 2008 to establish standards for drain covers and anti-entrapment systems in public swimming pools. Before taking a child to a public pool (or going swimming in a public pool yourself), be sure the pool complies with the Act.

Drownings may occur if kids or adults get trapped in pipes or drains, but also if the pool is too shallow for diving and someone dives in and strikes his head. Slippery or broken tiles can also result in someone falling into a pool and drowning. Conditions in and around the pool must be maintained adequately to prevent unnecessary risks.

Finally, parents and caregivers need to do their part to prevent drowning injuries and fatalities. Children shouldn't be left unattended around any bodies of water, and a designated "water watcher" should always keep 100 percent focused on kids in pools (no using a phone or reading while watching the children). When kids cannot be found, look in the spa or pool first to make sure they have not fallen in. Teach children to swim as soon as possible, and learn CPA and keep skills updated in case an accident happens.