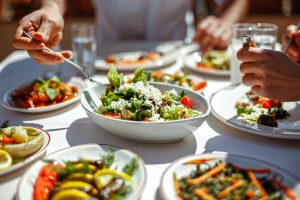 Food manufacturers are held to very high standards when it comes to ensuring consumers do not get sick from eating their food. Like the manufacturers of drugs, medical devices, and other consumer products, manufacturers that release dangerous food products into the marketplace can be held liable for damages and losses in a personal injury case.

Making a claim based on food poisoning can sometimes be difficult, because of challenges in tracing the illness you endured to the specific food you consumed. However, food poisoning outbreaks can be traced because each bacteria E. Coli, Salmonella, and other pathogens that make people sick have their own genetic fingerprints. Pulse-field gel electrophoreses (PFGE) is a scientific process which can be used to identify specific strain of bacteria. Once all of the similar products with the same pathogen have been identified, it is possible to determine source of contaminated food.

Food poisoning can have devastating consequences for victims when products are released with pathogens. In some cases, people can die from consuming tainted food and getting sick.

One especially tragic case of food poisoning causing widespread harm, occurred when more than 700 people got sick and nine people were killed after eating peanut products tainted with salmonella. This particular outbreak was traced back to Peanut Corporation of America.

The CEO of Peanut Corporation America was indicted because the executive allegedly lied to consumers, ignored dangerous and obviously unsanitary conditions in manufacturing facilities, created fake reports when testing showed contaminated peanut products, and hid results of microbiological testing revealing the products were contaminated. The CEO faced a 76-count indictment and was found guilty in 2014 of conspiracy, wire fraud, mail fraud, and obstruction of justice. Newsweek reports the CEO could end up spending the rest of his life in prison for his role in facilitating the outbreak.

While criminal charges are not necessarily common after a company releases tainted food products, they can occur if it is clear there was intentional deception. Intentional wrongdoing, however, is not required for victims to make a personal injury claim. In fact, under product liability laws, victims can file suit and pursue a claim for damages even if the company releasing the tainted food was not negligent.

As long as victims can prove they got sick as a direct result of tainted food consumed from a particular company, this should be sufficient to allow for compensation for damages. Strict liability laws applicable in product defect cases do not mandate showing the company was careless or did anything wrong.

Many food poisoning claims end up being class action or mass tort cases because the tainted food is sold to many people. However, there are situations when individuals make individual claims.

There are also times when restaurants or other companies who did not manufacture food were responsible for causing victims to get food poisoning. These types of cases can be brought based on negligence and/or may be brought under premises liability laws.

If you or a loved one has been injured, contact Coby L. Wooten, Attorney at Law, P.C. at 800-994-1966 or visit https://www.cobywootenlaw.com. Serving Dallas, Arlington, Fort Worth, TX and surrounding areas.