How Effective Is Pedestrian Detection? 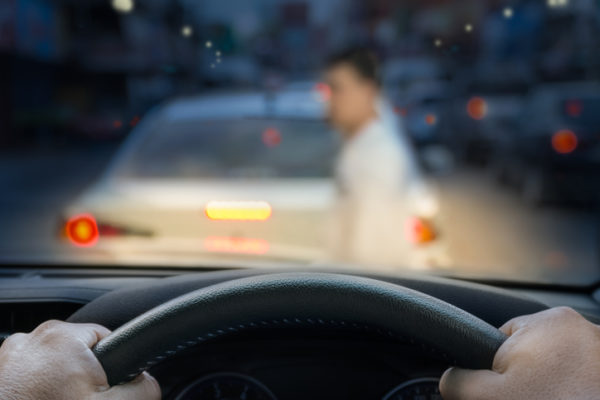 Autonomous and semi-autonomous technology is increasingly emerging in the new car market. Many new cars are coming standard with collision avoidance technology designed to detect hazards in the roadway and either apply the brakes or sound an alarm.

How effective are these features and how much can drivers truly rely on them?

Researchers from the AAA Foundation for Traffic Safety zeroed in on pedestrian automatic emergency braking (PAEB) systems, which are supposed to identify pedestrians in a vehicle's path and automatically apply the brakes.

AAA researchers ran a series of tests using simulated dummies as pedestrians. PAEB systems were found to only be effective some of the time in five different scenarios, including:

What should drivers who use this technology do?

PAEB technology has a long way to go before it can be trusted. More research, testing, and development needs to be done in order to fully roll out this technology. In the meantime, drivers should stay attentive and engaged on the road ahead.

According to AAA, drivers should be fully aware of the capabilities and limitations of the technology that comes standard with a new car. They should first understand that PAEB systems and other semi-autonomous features are not designed to replace driving as a task. That means drivers should be in full control of their vehicles and avoid any kind of distraction.

Furthermore, drivers who purchase new cars should read the owner's manual and discuss any available features with the dealer. The dealer should explain how semi-autonomous systems work, what activates them, and which alerts or sounds they emit.

Drivers should be especially careful at night. This is when roughly 75 percent of all pedestrian fatalities occur.

If you or a loved one was hurt in a pedestrian crash with a driver who failed to stop, you need a strong legal advocate on your side. Pedestrians are especially susceptible to serious or fatal injuries. Recovery could take months, even years, of medical care, physical therapy, and time away from work. Let attorney Coby L. Wooten, located in Fort Worth, fight to help you maximize your compensation. Contact him online today to schedule your free case evaluation.