The Federal Motor Carrier Safety Administration (FMCSA) has established rules, such as setting a maximum hours a trucker can drive in order to help ensure truck drivers do not operate vehicles when overtired. The majority of U.S. motor carriers are subject to Federal Motor Carrier Safety Regulations (FMCSRs). The purpose of the regulations is to establish best practices for safety and aim to prevent truck crashes that could cause serious injuries or fatalities. Unfortunately, a truck accident lawyer knows truck drivers and trucking companies cause accidents every day due to failure to follow rules and regulations. 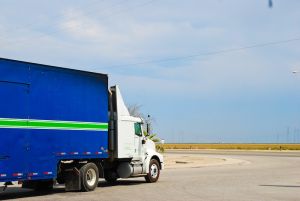 FMCSA may identify high-risk trucking companies and put them into a Compliance, Safety, Accountability Enforcement Program so they are subject to more frequent inspections. Any common carrier, however, may be subject to inspections to ensure safety rules are being followed. Truckers, including owner-operators, must also know the rules and be prepared for required inspections.

When violations occur, FMCSA can impose a fine on the truck driver or trucking company. Trucking Info announced the fines increased this June. The higher fines will hopefully help to serve as a greater deterrent to prevent truckers and their employers from violating rules designed to keep the public safe.

The new fines are, in many cases, much higher than the old fines imposed by FMCSA for violations. For example, the previous fine for a violation of FMCSRs while a truck was carrying hazardous materials was a maximum of $50,000. The new maximum fine for the same violation could be up to $75,000. The maximum fine for an egregious violation of hours of service rules was $11,000 prior to the change and is now $16,000. Hours of service rules limit the number of hours a trucker is permitted by law to operate a vehicle before taking rest breaks; the goal is to prevent fatigued driving.

Fines are imposed after an audit reveals the violations. FMCSA enforcement actions against trucking companies are public record, which means a trucking company and driver's brand and reputation may be affected when fines are levied. Qualified drivers may not want to go to work for a company with many fines because the fines can raise concerns about the safety culture at the company. Information about FMCSA audits and fines may also be used in a truck accident case against a driver or common carrier.

Hopefully, the significant increase in the amount of fines for violations will make a big impact on drivers and trucking companies and will encourage the drivers and carriers to take FMCSRs more seriously. Violations of safety rules can significantly increase collision risks and if higher fines act as a better deterrent against breaking the rules, hopefully the roads will become safer.