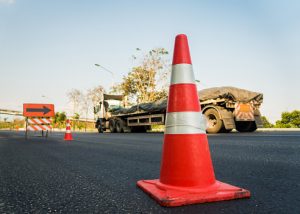 Highway construction accidents are claiming hundreds of lives, causing thousands of injuries, and resulting in millions of dollars in property damage and personal injury costs.

Now, the Texas Department of Transportation is imploring drivers to do be more careful around construction zones.

With a new campaign called, “Humans at Work,” state officials are hoping to drive home the point that the workers in construction zones have families, careers, and communities to which they are essential. These are real people trying to live their lives and make it home to their families each night.

Our Fort Worth injury lawyers understand that these sorts of crashes regularly result in catastrophic injuries, and claims to recover damages can be lengthy and arduous.

Most workers who are injured will start with a workers’ compensation claim, which is a no-fault benefit enjoyed by many workers in Texas that allows them to obtain compensation for medical bills and a portion of lost wages.

That often does not cover all an injured workers’ expenses. That’s why it’s generally advisable to explore third-party litigation. Unlike workers’ compensation, this requires showing the individual/ company was negligent. In cases involving a drunk or distracted or speeding driver, this is generally fairly straightforward. In situations involving a hit-and-run or an uninsured driver, construction workers may be able to tap into their own personal uninsured/underinsured motorist coverage.

It can also be more complicated if a semi-truck or other commercial driver was involved because then we may want to explore issues of negligence and/or vicarious liability against the employer of the driver or owner of the vehicle.

But with all this said, it’s important to note that the vast majority of work zone accidents — about 90 percent — result not in injury or fatality of construction crews, but of drivers.

Of the 25,000 work zone crashes throughout Texas, these resulted in 750 serious injuries and 180 deaths. Of those fatalities, seven were construction workers — which means all the rest were motorists or passengers of motor vehicles.

Part of the rising risk is because Texas has been experiencing a population boom. For example, according Kxan.com, Austin has approximately 75 new drivers every day. That plays into the increased risk of construction accidents. Another reason rising population matters is because more drivers mean a greater burden on our traffic infrastructure. This means roads wear and tear more quickly, which necessitates additional construction to repair aging roads, bridges, and other features.

In Fort Worth construction zone car accidents wherein the roads, details or signals may have been insufficient, drivers may be able to pursue damages against the construction company, various subcontractors, and the state or federal agencies responsible for overseeing the work.

Possible hazards in construction zones include:

Texas lawmakers passed a law just last year mandating motorists approaching highway construction zones to either move over or reduce their speed to a minimum of 20 mph under the posted speed limit.