When passenger injuries are sustained in an accident or a passenger dies in a crash, the victim or his family may pursue a civil case for compensation. Passengers are in a different position than drivers because in virtually every case, someone else is at fault for the crash. In some circumstances, multiple other parties could be liable for passenger losses. When a person is driving and gets into an accident, on the other hand, there can sometimes be questions about whether the motorist was to blame for his own injuries. 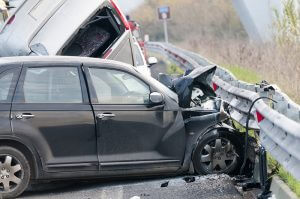 Since passengers are helpless to control their fate and are depending upon others on the road to keep them safe, passengers should be able to obtain compensation from at least one other party after most passenger injuries or accident fatalities.

Every accident is different and a decision on who is liable for passenger injuries has to be made based on the specifics of a particular accident. However, four defendants who passengers could potentially hold accountable include:

It can be difficult to determine which defendant, or combination of defendants, should be sued in order to recover compensation for passenger injuries. An experienced auto accident attorney can help.