Home » Blog » E-cigarette and vaping products are a growing risk for adolescents, according to new research

E-cigarette and vaping products are a growing risk for adolescents, according to new research 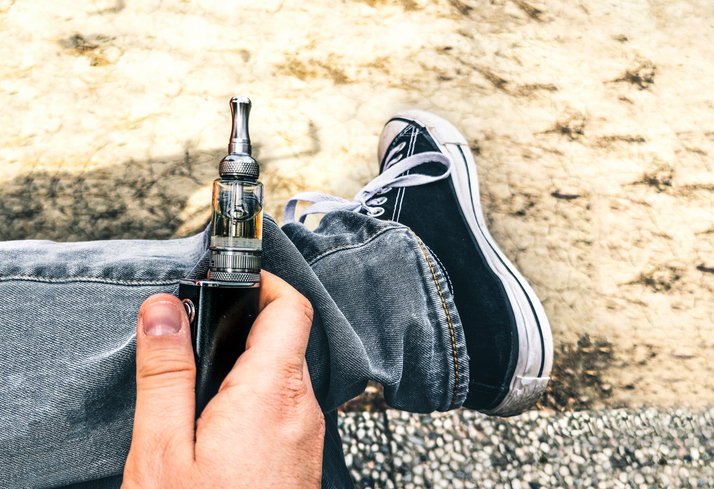 Last month, we discussed an overall rise in lung illnesses and deaths linked to vaping and electric cigarette products. Data from 2018 from the National Youth Tobacco Survey reveals something just as alarming: a rise in e-cigarette use among adolescents.

What's driving the rise among adolescents?

For decades, traditional cigarettes were deemed a health hazard, but in recent years, e-cigarettes and vaping products were believed to be a healthier alternative. This presumption has proved to be false, however, and the 1,479 cases of vaping-related lung illnesses reported by the Centers for Disease Control and Prevention (CDC), as of October 15, 2019, prove it.

What's even more alarming, The Washington Post reports that vaping-related deaths (which now amount to 34) are linked to products being sold on the black market. These products are known to come with THC oil diluted with harmful thickening agents, as well as unfilled cartridges manufactured in China.

In addition, the CDC reports that nearly 80 percent of adolescents were exposed to some form of e-cigarette marketing in 2016. One particular company that has come under fire for its marketing practices is San Francisco-based Juul.

The Federal Trade Commission (FTC) suspects that Juul has aimed most of its marketing efforts at targeting minors after the federal agency discovered that the company paid less than $10,000 in ads targeted at fewer than 10 adults over the age of 30.

Joining the FTC in the investigation, the U.S. Food and Drug Administration (FDA), asked Juul to submit information explaining why e-cigarette products are so popular among adolescents.

What's being done to lower e-cigarette use among adolescents?

According to an article by the National Safety Council (NSC), some schools have reportedly begun limiting bathroom access, banning certain articles of clothing that could easily hide vaping products, testing students for nicotine, imposing fines, and getting law enforcement involved.

Other schools, however, are taking more of an educational approach by incorporating public education campaigns and community outreach programs.

In addition, 14 states have already raised the minimum age to purchase tobacco products to 21. Also, legislation has been introduced to require e-cigarette and vaping companies to package their products in a way that prevents children from accidentally ingesting vapors.

The U.S. Surgeon General warns of the dangers associated with e-cigarette use and vaping. Aside from nicotine, these products often contain other harmful substances, such as:

The federal agency also warns that using e-cigarette products can be harmful to brain development for people under the age of 25.

Texas personal injury lawyer Coby L. Wooten urges parents to be vigilant if they suspect their teen is using e-cigarette or vaping products. If any serious illness occurs as a result, the company responsible for releasing or marketing these products may be held accountable. To learn how, contact our Fort Worth law office online today and speak with our legal team.